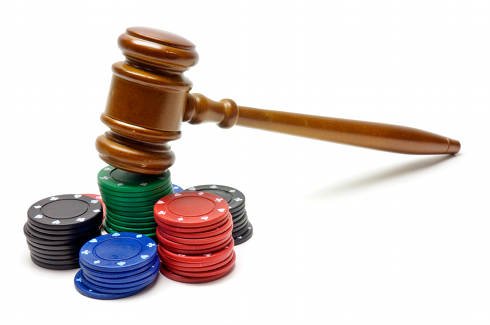 A new bill that would legalize internet poker activities without the fear of a federal intervention is currently under congressional consideration. The bill, named the “Internet Poker Freedom Act of 2013,” was introduced on Thursday, July 11, and is the second time such legislation has been introduced by Congressman Joe Barton.

While the legality of internet poker has always been murky, many of the issues that require consideration when dealing with internet gaming are focused on the conflict between state, federal and international law. For example, a state or province could have no legislation regarding online poker specifically in a country that prohibits that service. International providers could still theoretically target players in that area, since they are international entities.

The United States has taken certain measures to develop a framework to deal with these complexities by both prohibiting banking with these establishments and prosecuting providers. The UIGEA, or Unlawful Internet Gaming Enforcement Act, is the legislation that accomplishes this goal. This caused many poker providers to face stiff legal penalties for their activities, resulting in their elimination of U.S. service on the day internet players refer to as “Black Friday.”

Since then, many legislative movements have begun to legalize internet poker. Congressman Barton’s legislation would create a framework by which states and tribes could legally offer poker services to U.S. citizens. The hope is that this framework would protect the rights of players who choose to use these services while also protecting the game itself from fraud.

According to Barton, “Poker is an all-American game. I continue to be supportive of the Americans who play poker online. They deserve to have a legal, on-shore system that makes sure everyone is playing in an honest, fair structure.”

Congressman Barton has a supporter in Dina Titus, congressional representative for Nevada. According to Caitlin Teare, spokesperson for Representative Titus, “She [Titus] plans to closely review Congressman Barton’s legislation to ensure that it includes strong consumer protection safeguards and sound regulatory oversight.”

Nevada has already passed state-level legislation to legalize internet poker. The initial legislation was passed in 2011, and additional regulations and consumer protection measures were added to the legislation earlier this year. Other states, including New Jersey who has recently legalized all forms of online gambling, are following suit with similar legislation.

In response to these state-level movements, the Justice Department reversed its stance on the Wire Act by stating that the act only applies to sports wagering. This act involves the transmission of data for gambling purposes via the internet. This meant that another “Black Friday” is unlikely, though precisely how state-level and federal policy interact on this issue remains to be seen.

Congressman Barton believes that his legislation will clear things up. The Internet Poker Freedom Act will define the ways that states may set up their own online gaming regulations, and would allow consumers to know that they are engaging in a completely legal pursuit. This is not true with online poker as it stands.