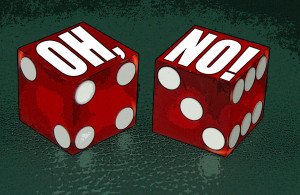 During a recent tennis match at the Australia Open, a unique arrest was made for illegal gambling with hi-tech equipment. The 22-year-old UK man that is accused was arrested at the court with distinctive equipment specifically used to alert other gamblers to place online bets. The way the system works is due to a TV delay. It takes about 10 seconds for the plays to be broadcast, and all that is required to manipulate online betting systems is to have information sent directly from the courtside the moment a point is made.

When the man was arrested, they found special high-tech devices were sewn into his clothing. The device sends a message to an outsider that places the bet before the TV delay can catch up and change the betting odds. The man reportedly flew to Australia specifically for the tennis match, but was caught by close captioned television, which led to his arrest.

The police in charge of the matter indicate that he is in cahoots with gambling syndicates, and will use the device to further investigate the matter. In particular, they are seeking out the people that this individual was contacting. The police in Australia are also continuing to run intelligence on several related individuals. Deputy Commissioner Graham Ashton recently stated that he feels this may be the first instance of such a sophisticated form of digitized courtside illegal gambling.

Maximum penalty of 10 years may be applied

Currently, the young man could face a penalty of up to 10 years in jail. He will be appearing in the Melbourne Magistrates’ Court with charges of engaging in conduct that could cause corruption in a gambling outcome. Along with the organization called Tennis Australia, police will be working diligently to prevent future illegal activities in the sport. For now, the Australian police authorities in Victoria feel that this incident is related to gangs situated in Eastern Europe.