Bobby Hoff is one of the most famous names associated with professional poker. The man who was named “The Wizard” was an ever present during intense, high stakes match ups on the West Coast. If there was a major game going on in Vegas or Los Angeles, you could bet that Hoff would be present. Playing against the likes of Doyle Brunson and Brian Roberts, Hoff had a great winning record during the 1960s and 1970s. 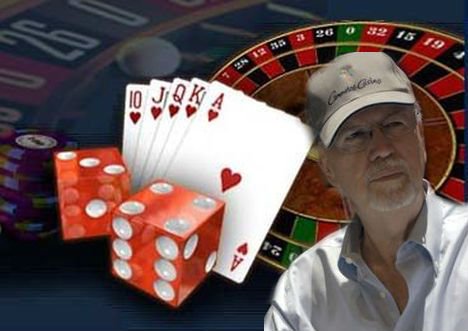 Learning about poker at the University of Texas, Hoff got very serious about poker in the 1960s. He claims that he spent a lot of time playing against bad players to hone his skills. There was a time when he won 40 games in a row, because he was so superior to everyone else at the table. His unique ability to make the right decisions under pressure, determine when an opponent was bluffing, and get out at the right time helped him make a lot of money.

However, there were times in Hoff’s career when he endured losing streaks. His first foray into Las Vegas gambling was not completely successful. He had gone from dominating average players to coming up against the best in the world. The change was dramatic and his game suffered for a while. There was even a period where he had to work tables in Vegas just to keep his head above water. However, Hoff persisted with the game and eventually came out on top.

Hoff also spoke about the changes that have taken place in the poker world over the last 20 to 30 years. He believes that the percentage of good to bad players has not altered. “There are a lot more great players today, but there are also many more bad players as compared to 30 years ago. The percentages are the same.”

Hoff passed away in August 2013, aged 73. He will forever be remembered for his genius at the poker table.