Amaya Trading Group has always been a major player in the betting world, albeit with a “behind the scenes” role in supplying equipment and systems. However, their recent acquisition of PokerStars has changed all that. The deal was concluded in early June. A price was set at $4.9 billion, and the deal lead to a 40% rise of Amaya’s shares on the TSX in Canada. 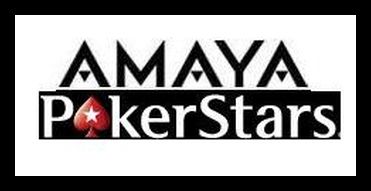 PokerStars was on the look for a company to buy them out ever since they were denied entry to the United States stock exchange in late 2012. This action stemmed from a court case involving money-laundering. PokerStars paid the U.S. Justice Department $731 million, but it still prevented them from being on the stock exchange or courting U.S. customers.

The Amaya Trading Group is backed by various high profile financiers, including Barclays, Deutsche Bank, and Blackstone. Their chairman was delighted with the deal and had this to say: “This is a very significant deal for our company. Having this brand under our umbrella in the United States is going to make everyone a lot of money.”

While Amaya has always had plenty of money to invest, their annual profits from last year were only $155 million. That is a solid amount, but only half of the $300 million profit made by PokerStars over the same period. Adding the finances of the two companies indicates at sales of around $1.3 billion, with significant increases expected due to their re-entrance into the U.S. online poker market.

There are not expected to be enormous gains in the first 12 months, with many online poker companies still coming to terms with United States regulations. There have been slow starts for most companies, especially those catering to citizens of New Jersey. Only $10 million in revenue was made in NJ through online poker in May. However, experts believe those sums will increase tremendously in two or three years.

Simon Holliday, the founder of gambling research company H2 Gambling Capital, had this to say on PokerStars and the future of U.S. online gambling: “This is a massive deal and PokerStars is the perfect company to facilitate a take-off for online gambling in the United States.”

Despite heavy regulation for online gambling in the United States, the winds of change are most definitely blowing in the right direction. That is why Canadian company Amaya is very confident that their recent investment in acquiring PokerStars will lead to enormous profits in the long run.