You are here: Home › News › Online gambling opportunities in Canada

Some 31 million Canadians now have the opportunity to play casino games and poker online due to the liberalization of online gambling laws in Canadian provinces. This wasn’t always the case as federal laws against online casino gaming kept the lucrative industry at bay for a while.

As the Internet grew in the 1990s and 2000s, so did the desire for people to utilize online gambling sites. The Canadian federal government actually made it illegal for Canadians to own and operate online gaming sites within the nation’s borders. However, Canadian citizens could gamble online without penalty. Many did so on foreign sites located in the Caribbean, Gibraltar, U.S. or Britain. 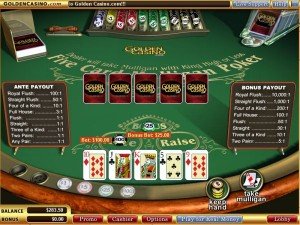 More online casino gaming is on tap for Canadians in 2013. The province of Ontario is about to go casino online in late 2013. This means a majority of Canadians will have access to online gaming through these provincial sites by the end of the year. The Ontario site is expected to offer casino-style games with poker, bingo and sports betting scheduled to start in 2014.

Several of the tinier provinces have said they will not allow online casino gambling sites in their provinces. Most notably the Atlantic Provinces, including Prince Edward Island, Labrador, Nova Scotia and Newfoundland have come out against online gaming. That glitch aside, online casino gambling sites are up and running in Canada with more Canadians than ever expected to gamble online in coming years.