You are here: Home › News › Conference Held to Boost Digital Currency in Gambling

To discuss and promote the use of digital currency or bitcoin in betting, a conference was organised by iGaming Business, a B2B magazine focusing on online gambling, on November 24. Bitcoin4iGaming Conference was held at Dexter House in London and became the first ever platform to discuss digital currency gambling. 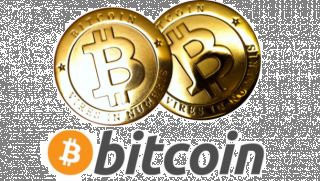 The primary agenda of the conference was to axe the friction prevailing between the communities of online gambling and digital currency. Investors, representatives and affiliates from these industries attended the conference and shared information on the advantages and scope of using bitcoin in betting online.

Use of digital currency in other industries, regulatory issues and future of bitcoin were some of the other topics addressed at the convention. Even though digital currency constitutes a minute percentage on online gambling revenue, the conference noted that it has opportunity to become a big player in the future, given the fact that it has a number of advantages including minimal possible fraud, zero percent chargeback and means of targeting anyone around the globe. After the event, the organizers remarked that the response to the event was highly favourable and it would boost the use of cryptocurreny in iGaming.

What the luminaries had to say

The conference was attended by big shots from various industries including Bitcoin Foundation Executive Director Jon Matonis, head of E-Commerce Development of The States of Alderney Robin Le Prevost, CEO of SwissSoft Ivan Montik and CEO of BankToTheFuture.com Simon Dixon, besides the editor-in-chief of iGaming Business Michael Caselli.